Born in Providence, Rhode Island, Jeffrey Osborne was the youngest of 12 children and was surrounded by music as he was growing up. He had five brothers and six sisters, some of whom went on to have music careers. At the age of 15, Jeffrey sat in with the O’Jays when the drummer was unable to perform to their standards, and went on to play with them for two weeks. That was all the inspiration Osborne needed to pursue a musical career.

It was at another Providence nightclub that fate brought him together with the band Love Men Ltd. It was only after receiving his mother’s encouragement that Jeffrey left for Los Angeles to play with Love Men Ltd. who later changed their name to L.T.D. Osborne was originally brought on as the drummer and eventually became the lead vocalist. After more than ten years with the band, he decided to pursue a solo career, which produced such Top 40 hits as “Really Don’t Need No Light,” “Don’t You Get So Mad,” “Stay with Me Tonight,” “You Should Be Mine (The Woo Woo Song),” and a duet with Dionne Warwick, “Love Power.”

Osborne’s solo career has brought him four Grammy nominations, five gold and platinum albums, including his debut self-titled album Jeffrey Osborne, Stay with Me Tonight, and Only Human. He scored an international hit with “On the Wings of Love” in 1982.

Peabo Bryson has established a career as one of the premier male vocalists in contemporary music of the last quarter century. Possessing a beautifully rich, almost operatic voice, this two-time Grammy Award-winner has survived and prospered despite the passage of time and changes in popular musical trends.

With twenty albums to his credit, Peabo Bryson has enjoyed an unprecedented, across-the-board level of international success; Bryson has the distinction of being the first artist in music history to have separate records topping four different charts. 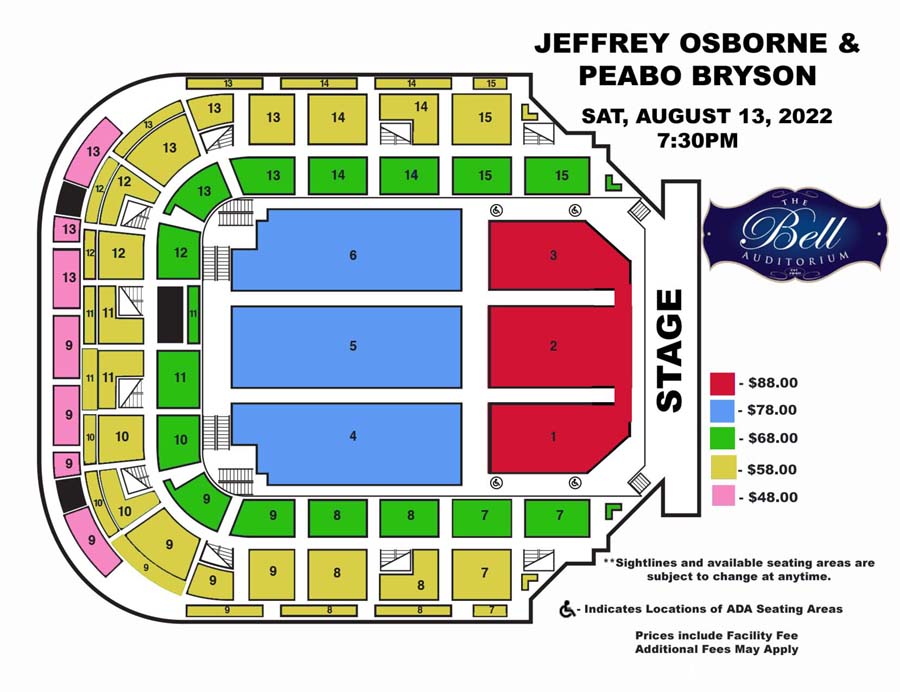