Rock and Roll Hall of Fame inductees Joan Jett and the Blackhearts make a stop in Augusta at the Bell Auditorium on June 4, 2022.

Joan Jett grew up during a time when rock ‘n’ roll was off-limits to girls and women, but as a teenager, she promptly blew the door to the boys’ club right off its hinges. After forming her band the Blackhearts in 1979, with whom Jett has become a Rock and Roll Hall of Fame inductee, she has had eight platinum and gold albums and nine Top 40 singles, including the classics “Bad Reputation,” “I Love Rock ‘N’ Roll,” “I Hate Myself For Loving You,” and “Crimson and Clover.” With a career that has spanned music, film, television, Broadway, and humanitarianism, Joan Jett remains a potent force and inspiration to generations of fans worldwide.

As a producer, she has overseen seminal albums by Bikini Kill, and the Germs’ LA punk masterpiece ‘GI.’ Jett and Kenny Laguna (her longtime producer and music partner) co-founded Blackheart Records from the trunk of Kenny’s Cadillac after rejections from no less than 23 labels. 40 years later, Blackheart is a thriving entertainment company producing music, film, and television, and continues to champion emerging bands. Joan Jett and the Blackhearts continue touring the globe with headlining shows alongside fellow rock legends like The Who, Green Day, Heart, and Foo Fighters. After two COVID-19 postponements, the group will return to the road in summer of 2022 for The Stadium Tour with Def Leppard, Motley Crue and Poison. ‘Bad Reputation,’ a documentary about Jett’s life, premiered to critical acclaim at the 2018 Sundance Film Festival and is now available for streaming. 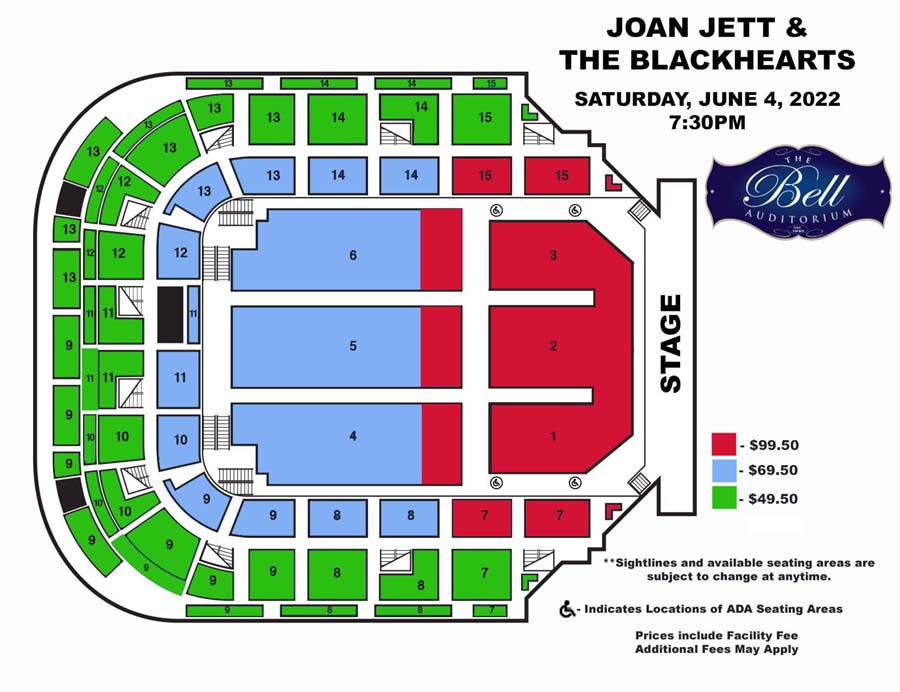