Tickets go on sale Friday, August 12th at 10AM.

Singer, guitarist, songwriter, producer, and the musical visionary of Fleetwood Mac, Lindsey Buckingham is set to perform at the Bell Auditorium on Saturday, November 19.

Over the last four decades, Buckingham has developed a radical sense of experimentation and an unrivaled savvy as a producer, skills he first honed as a singer, guitarist, songwriter, producer, and the musical visionary of Fleetwood Mac, where he wrote and produced several Top Ten hits, including “Go Your Own Way” and “Big Love.”

Under Buckingham’s direction, Fleetwood Mac became one of the best-selling and most beloved rock groups of all time. As a solo artist, Buckingham often plays nearly every instrument himself; his complex arrangements and inventive production choices make his solo work thrilling to experience. In 2020, he appeared on The Killers’ single “Caution” and last year joined Halsey to perform her single ‘’Darling’’ on Saturday Night Live.  He remains a highly sought-after collaborator, a maverick, and a visionary. 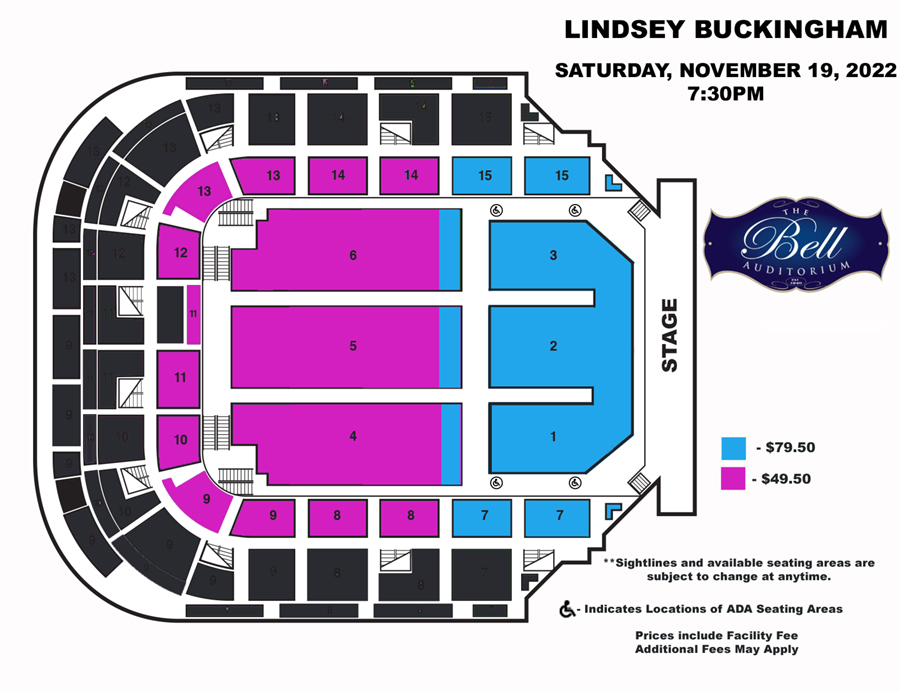